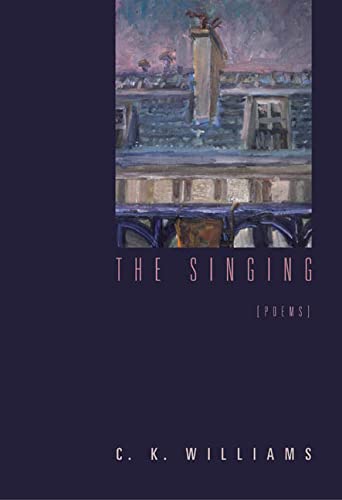 The author of 14 books of poetry, Pulitzer Prize–winner Williams continues in his new collection to give voice to fleeting moments of domestic rapture and despair that seem to always arrive wrapped in mortality. Typical is a poem about a brief, quotidian exchange between lovers, which for Williams turns into a moment that "could go on expanding/ like this forever/ with nothing changed"—if it weren't for death. Although a number of the poems in this volume reach beyond the first person (a lyrical piece about a girl's suicide, a pair of rather lukewarm poems about terrorism), the work is chiefly concerned with age. In a poem about Rembrandt's self-portrait, the speaker articulates his growing comfort with the fact that "whatever it is beyond/ dying and fear of dying/... eludes me,/ yet no longer eludes me." The poems signal a cognizance of the obsessiveness with which they mine the personal: a poem titled "Narcissism" declares, "...The word alone sizzles like boiling acid, moans like molten lead,/ but ah my dear, it leaves the lips in such a sweetly murmuring hum." They are saved from disappearing down their own rabbit hole by the skillful ease of Williams's technique—in his trademark long lines, and in other, more varied forms, the poems can seem to write themselves—and by moments that try to register a wider range of experience: "the love of others the miracle of others all that which feels like enough/ is truly enough/ no celestial sea... just life hanging on/ for dear life."