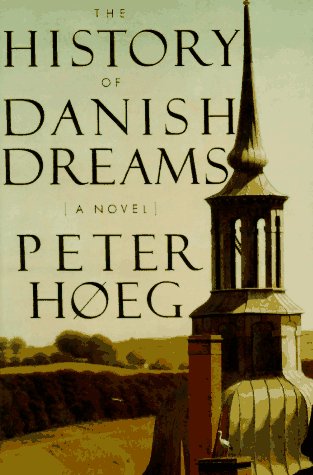 The History of Danish Dreams

His name having been established here through his second and third novels, Smilla's Sense of Snow and Borderliners, Hoeg now offers his debut work, first published in Denmark in 1988. As its subtitle indicates, this is an ambitious and quirky novel, reading like an epic fairy tale in which the magic elements are the social revolutions of the modern era. These revolutions are fancifully cast in terms of the characters' ever-evolving ``dreams''-such as ``the dream of rebellion'' or the ``dream of the Village''-in a sprawling plot that progresses as a sort of surreal family saga. Introduced in the first section are four characters born around the turn of the century: Carl Laurids, whose ambitions lead him beyond his estate, where, in the 16th century, the resident count had banned the keeping of time; Amalie Teader, a girl whose delusion that she has been ``chosen'' springs from a wealthy and powerful grandmother, who writes a newspaper that predicts the future; Anna Bak, a pastor's innocent child who is deemed worthy of bearing ``the new Messiah''; and Adonis Jensen, the son of roving thieves, who refuses to learn how to steal because of ``his compassion for mankind.'' In Part II, which ends at 1939, these four become couples: Carl and Amalie have a golden child, Carsten, for a son, while Anna and Adonis produce rebellious Maria; in the final section, Carsten and Maria marry and have children of their own. The characters are as vivid and believable as they are eccentric; unfortunately, they become somewhat buried under an over-staged plot, which seems intent on reflecting every trend of the 20th century, itself fated to bear ``the weight of so many dreams that refuse to amalgamate.'' Luckily, Hoeg's use of a casual first-person narrative voice to frame the story infuses humor and a certain earthy wisdom into his philosophical musings. (Oct.)
close
Details