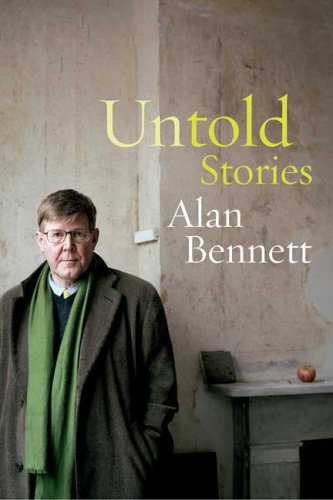 Bennett has been known to British audiences of radio, television, stage and screen for decades. In the United States, he's best known as the screenwriter of and, perhaps, for his experiences with Miss Shepherd, an indigent woman who set up a succession of vans in his front yard for 15 years. Now he returns with a shaggy collection of autobiographical sketches, diary entries, considerations of art, architecture and other authors, as well as an account of his bout with colon cancer. Returning to the precincts of his straitlaced, working-class British background, Bennett reveals a lost world whose influence and mores have trailed him his entire life. He revisits the Leeds that he knew in the 1940s, where he was first exposed to music and theater, and where his parents, both shy and retiring people, set lack of pretension as the highest value. While he plays the old crank who is put upon by the world as it is, Bennett reveals an eye for detail and a feel for the complexity of human interactions. And though he laments at length his own late maturation—physical, sexual and intellectual—and lack of sophistication, he shows himself to have achieved a measure of happiness. B&w photos.