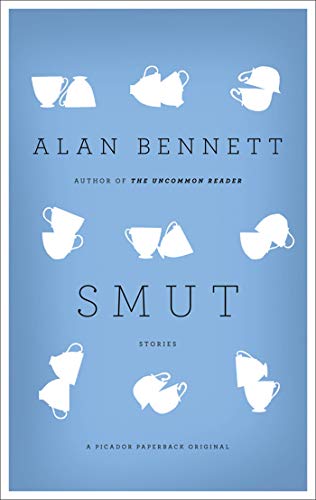 Bennett’s charming, sneaky little work of fiction, two novellas concerning two middle-aged, middle-class British matrons, unfolds in comfortingly cozy prose, drollery that entertains and implies an inoffensive yarn, allowing the unsuspecting reader to be gobsmacked when sex rears its carnal head. In “The Greening of Mrs Donaldson,” a 50-something widow supplements her modest income by performing as a mock patient for medical students and by taking in young lodgers at home. When boarders Andy and Laura run short of funds one month, they offer to have sex in front of Mrs Donaldson in lieu of rent. Intrigued, she accepts their offer, “[a]t which point she had (and almost heard) that slow deep pumping of the heart she had not felt since she was a girl. ‘Life,’ she thought.” When word of this reaches her employers at the hospital, the knowledge alters her persona in surprising ways. In “The Shielding of Mrs Forbes,” the title character dotes on her handsome son, Graham, a banker who disappoints her by choosing for a bride Betty Green, older, wealthy, and “not nearly as good looking” as him. A turn of events so often used to end things happily is only the beginning of this twisting tale, as Graham, who has a penchant for random sex with young men, sleeps with “Gary,” a male prostitute, the night before his wedding. Blackmail follows, and Betty teams up with her father-in-law to get to the bottom of Graham’s increasingly erratic behavior. The story comes full circle when Gary visits Mrs Forbes. Bennett (The History Boys) finds abundant droll humor in his characters without patronizing them (quite the opposite; he’s endearingly sympathetic), and captures the intimacy of a natural storyteller talking directly to the rapt reader. (Jan. 3)
close
Details