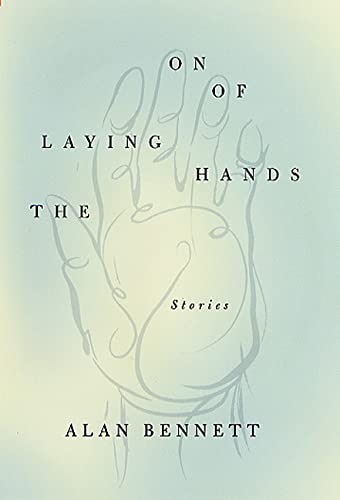 THE LAYING ON OF HANDS: Stories

Bennett hits the mark in the title novella of this brief collection, which also features a second, shorter novella as well as a single short story. The funeral of a masseur who serviced British celebrities in a variety of ways becomes the setting for a cheeky comedy of manners in the title yarn, as a young gay priest fails his first big test when he lets the final testimonials turn into an outrageous debate over whether the masseur died of AIDS or contracted an obscure disease while traveling in South America. The punch line falls flat in the second effort, "Miss Fozzard Finds Her Feet," when a woman finds a mutual outlet for her unusual sexual fetish in her ongoing appointments with her podiatrist. The final novella, "Father! Father! Burning Bright," gets off to a murky start as a married, middle-aged schoolteacher struggles to sort through his mixed emotions when a stroke leaves his father at death's door, but the ending, involving the teacher's strange attraction to his father's comely nurse, closes the narrative with a nice satiric twist. Bennett's multileveled approach makes the title story work, as he slowly layers his conceit with observations on the celebrity scene in Britain and the priest's recollections of his romantic interaction with the deceased. Unfortunately, the quality of craft drops significantly in the other two efforts, with the second novella in particular focusing more on manners than comedy.