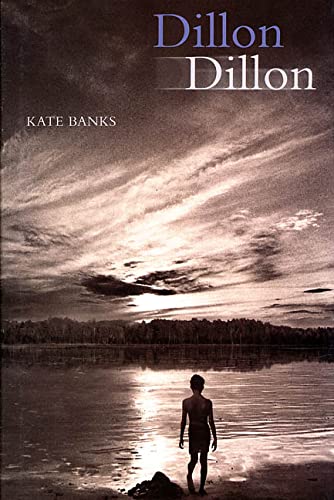 The title character of Banks's () somewhat mannered first novel cannot understand how his "smart" and "nice" parents could have given him a first name that is the same as his last. But even though he "could never get past that name, never get to know himself," he doesn't ask his parents about it until his 10th birthday, which falls at the beginning of his family's summer vacation at the lake. On this "day of truths," Dillon learns he is adopted; his birth mother was Dillon's father's sister (it was she who named him Dillon), and she, along with his birth father, died when he was 18 months old. Dillon embarks on a journey of self-discovery that involves identifying with a pair of loons, one of whom lays an egg in Dillon's sneaker. When the egg hatches, Dillon "would later celebrate this day and remember it as the time of his own rebirth." Banks stretches this parallel when a hunter shoots the loon parents and their bodies float into a crayfish pot owned by Dillon's brother. After the boys bury the loons, Dillon's adoptive father tells him that his birth mother was a biologist who also loved loons ("Sometimes I thought she was one of them"). While many readers may react more to the various implausibilities and the slow pacing than to the poetics, Banks's stylistic devices may well enthrall literary-minded middle-graders. Ages 8-12.