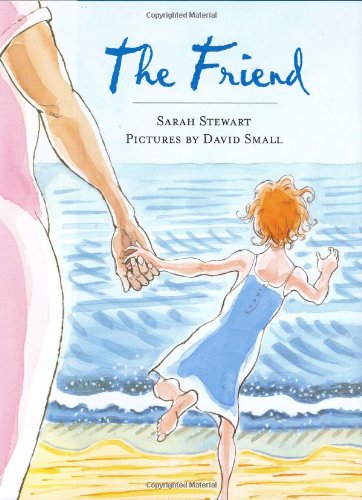 In perhaps their most personal work to date, this fifth collaboration between the husband-and-wife team behind explores the subtle, intense bond shared by a girl and her caregiver, inspired by a similar relationship in the author's childhood.

The book begins cinematically, with endpapers that feature a girl nearly swallowed by the luxurious appointments of her sepia-toned bedroom. The artist sets her off in a kind of spotlight, her red hair and blue nightgown the only splash of color; in the following panel cartoons, she could be an adult—putting on her glasses and emerging from the blankets—until she picks up a teddy bear and makes her way down the stairway, barely able to reach the banister.

Thus Small ( ) presents Annabelle Bernadette Clementine Dodd as a girl wise beyond her years. Belle's mother kisses her on the cheek, her father consults his watch, and Bea, a quietly graceful woman with her hair neatly tucked into a bun, packs the parents' luggage in the trunk. As the parents speed away, Belle leans against Bea with their arms entwined, the girl's height at perhaps Bea's waist.

Stewart wastes not a word as her text sets a rhythm to the duo's days, the first day of the week spent hanging laundry on the line, the second ironing, etc. Each afternoon the two break for a stroll on the beach, and, depicted in Small's wordless spreads, the scenes underscore a bond so strong that the child and caregiver need not speak. Bea invites Belle into her world, leading Belle up the back stairs into her cozy room, and taking the girl to her church, filled with the African-American congregation's voices raised in song ("Belle sang best"). When tragedy nearly strikes one day, it is as though Bea feels in her bones that something is wrong, and when she comes to Belle's rescue, the portraits that follow convey their ineffable connection.

On the final page, Small shows the now grown Belle in surroundings much more akin to Bea's special room in Belle's house than to her parents' finery—and readers feel the full impact of Bea's life on Belle's own. Ages 5-up.