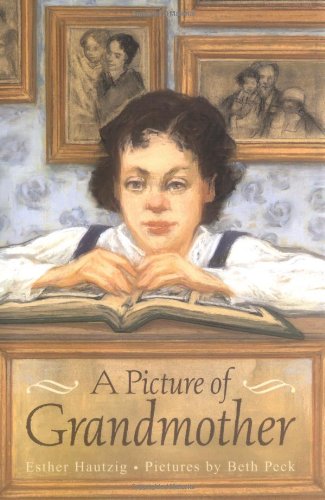 A PICTURE OF GRANDMOTHER

Sheltered by her close-knit, extended Jewish family in Vilna, Sara catches a whiff of mystery when a letter arrives from her American uncle. He has sent her mother and grandmother tickets for the 1939 World's Fair and has asked for a specific photo of Grandmother. The apparently straightforward request triggers hushed phone conversations, and Sara's normally kind mother evades the girl's questions and turns snappish when Sara persists. A crusty great-aunt tells Sara the truth—that her mother and uncle's mother died when they were young, and that the woman Sara calls grandmother is really their stepmother. While the explanations for the deceptions seem a little trumped-up, the characters brim with life, and each leaves the impression of a rich personal history. Hautzig () is at her best when evoking childhood idylls. Sara spends hours making invitations and place cards for a family party, which everyone attends in his best clothes (even Uncle Eli, "who hated to be in 'party uniform' "), and she loves Vilna so much that she plans to be a tour guide when she grows up. Sara's profound identification with her family and her pride in Vilna, however, open a hole in the book—Hautzig never alludes to Hitler, but the audience is likely to know something of the terrors that await the Jews of Vilna. It may be impossible for readers to experience the story that Hautzig tells without sensing the imminent shadow of that which she leaves unsaid. Ages 7-10.