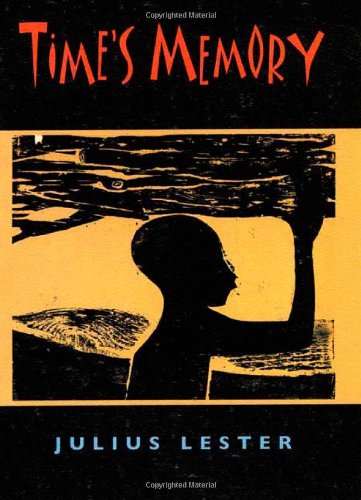 While supernatural spiritual threads often weave their way into tales of escape from slavery, including Lester's own recent , this book is notable for the way in which the author brings the godly to the human realm. Ekundayo (a or "soul") travels across the Middle Passage within the body of a 16-year-old captive. Lester makes the voyage plausible, as well as the nyama's subsequent release, because of the way he characterizes the slave ship's captain and the captain's circumstances (the spirit of his recently deceased wife plays a part, for instance). A breathtaking scene involving Lebe, the "first hogan" (taking the form of a serpent), brings about Ekundayo's transformation into a human being. These otherworldly events set the stage for the nyama's subsequent journey from the captain's South Carolina home to a Virginia plantation, where, with the help of the god Amma, Ekundayo comes to rest within Nat, a slave in love with his master's daughter. Amma has explained to Ekundayo that "The chalk-faced Soul Stealers... have released forces they have no knowledge of... Their ignorance and cruelty threaten the very fabric of creation." The many captives' deaths have left the nyama "without a place to be," and Amma has entrusted Ekundayo with the job of figuring out how to give them a home. In an endnote Lester explains that some of the key elements of the tale derive from the Dogon religion, but readers will find Ekundayo's mission powerful even without that knowledge. All the characters here are fully formed, from Nat's father, with a hate so strong he becomes as violent as his oppressors, to the slave master plagued by guilt and his own forbidden love. Ultimately, this is a novel of healing, and a seeming culmination of Lester's scholarship and faith in humanity. Not to be missed. Ages 12-up.