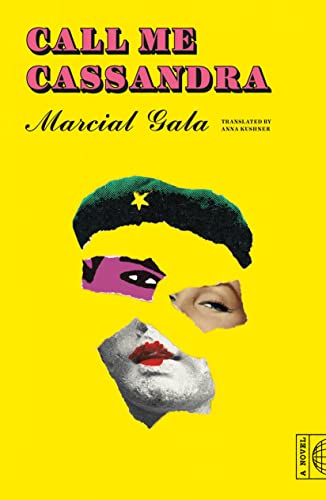 In Cuban poet and novelist Gala’s lyrical and elegiac return (after The Black Cathedral), a young man grows up feeling stifled by life in Castro’s Cuba. At 10, Rauli Iriarte is effeminate and bookish, imperiled by the strict gender roles embodied by his violent brother, drunken father, and unsympathetic school board. He’s more comfortable in the company of his mother and his father’s Russian mistress, Svetlana. As it happens, Rauli is also Cassandra, the Greek prophetess of ancient myth, cursed with the knowledge that he will die as a young soldier in Angola, where he is dispatched as part of the Cuban Intervention. There, on “a continent full of ghosts, the ghosts of kings, dark ghosts of dark wizards,” he is simultaneously swept up in the Trojan War and forced to relive The Iliad’s cycle of death and carnage. Lodged irrevocably between genders, historical periods, and legends, Rauli—who’d rather be acknowledged as Cassandra—must find meaning and purpose in a life he knows to be tragically foreshortened. It’s a fascinating premise, but not a whole lot happens. Still, Gala’s prose, elegantly translated by Kushner, perfectly conveys the protagonist’s dual realities (“We are but shadows set on the canvas of this life, my Zeus,” he thinks, while on the battlefield). In the end, the author offers a singular invocation of immortality. (Jan.)
close
Details