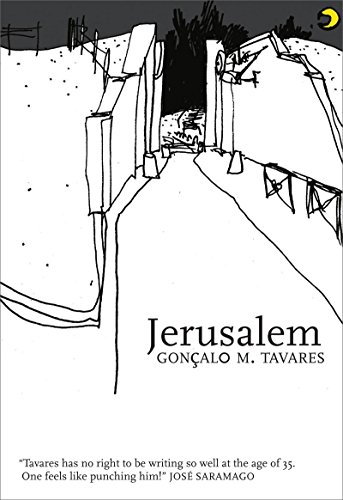 Tavares's herky-jerky style leaves a reader with sympathy for the characters—who wouldn't be mad if life moved in such a way? Taking place during one night in an unnamed city, the story—which follows a doctor, his ex-wife, her lover, their son and a killer pimp, among others—propels itself mainly through flashbacks relayed in short, choppy chapters and subchapters. Mylia, the ex-wife for whom “everything was about herself,” goes tumbling through the streets looking for a church, but instead finds a series of odd and dangerous predicaments. Most of what we learn about Mylia comes from memories of her stay at the Georg Rosenberg Asylum, “disturbing, even for healthy people” or a “luxury hotel for the mentally ill,” depending on whom you ask. Her ex-husband, famed researcher Theodor Busbeck, is revealed via his institution and reactions to Mylia; theirs is a frightening if realistic relationship, though the other characters feel less than realized. In what amounts to a long night's chase, Tavares hints at what could be a grander story, but this does not lead to the Promised Land.