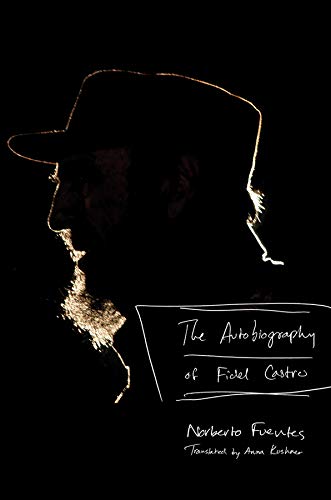 The Autobiography of Fidel Castro

Fuentes, an old friend of Fidel Castro who escaped a death sentence in 1990s Cuba and now lives in exile in Florida, delivers a clever, ballsy and colorful faux autobiography of the Communist icon. “With this book,” Fuentes-as-Castro writes, “I am not trying to reject anything or defend myself, but to leave behind an interpretation from my own hands, or rather, from my own mouth, of the events in which I am the protagonist.” Castro comes across as megalomaniacal and charming, his hilarious bravado a perfect complement to a profoundly unreliable narrator. Castro reflects on everything from the murder of his first political rival and his campaign against Batista to the Bay of Pigs and the missile crisis to the almost present day. Though peppered with gossipy asides, the story remains strong, mostly linear and always captivating. Fuentes tells Castro's story without questioning himself, and is so convincing that readers may forget this is fiction.