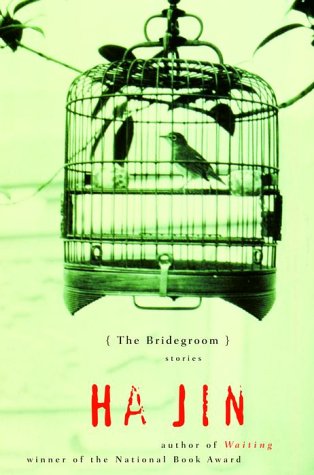 It's difficult to think of another writer who has captured the conflicting attitudes and desires, and the still-changing conditions of daily life, of post-Cultural Revolution China as well as Ha Jin does in his second collection, which follows his NBA-winning novel, Waiting. These 12 stories attain their significant cumulative effect through spare prose penetrated by wit, insight and a fine sense of irony. One realizes in reading them that while human nature is universal, China's cultural and political repression exacerbates such traits as fear of authority (and the desire to circumvent it), male chauvinism and suspicion of outsiders. In ""The Woman from New York,"" a young wife and mother who goes to the States for four years finds, on her return to Muji City (where most of these tales are set), that her child, her marriage, her job and her honor are forever lost. American business methods clash with Chinese traditions in ""After Cowboy Chicken Came to Town,"" in which Chinese workers' anger about the behavior of their boss, Mr. Shapiro, is redoubled when they discover one of their own countrymen practicing the strange ethics of capitalism. Such varied protagonists as college professors, a factory worker, a horny cadre member, two uneducated peasants and a five-year-old girl illustrate the ways in which hardship, lack of living space, inflexible social rules and government quotas thwart happiness. The title story is perhaps the most telling indication of the clash of humanitarian feeling and bureaucratic intervention. The protagonist, who has been taught to believe that ""homosexuality... originated in Western capitalism and bourgeois lifestyle,'' is unable to credit his own sympathy for his son-in-law, who is sent to a mental hospital to cure his ""disease."" Ha Jin has a rare empathy for people striving to balance the past and the future while caught on the cusp of change. (Oct.)
close
Details