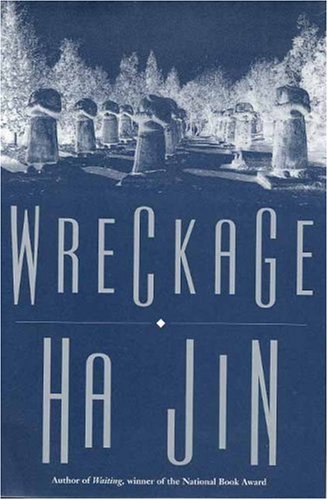 Numerous rocks of Chinese history are overturned in the star novelist's third collection, usually revealing darkness and decay. The book begins with poems about Yu the Great, who, according to legend, devised a drainage system when the Yellow River flooded its banks around the 20th century B.C., wreaking havoc on the land and its people. Even when "caged in high dikes," its threat is not forgotten: "Who can keep the river up/ in the clouds forever?" The notion that disaster is always just around the corner pervades the collection, though its components read less like poems than terse mini-fables stitched loosely together to form a tapestry of sacrifice and suffering. Violence comes from without and within, in the form of attacks by so-called barbarians as well as the capriciousness and brutality of emperors and bureaucrats: "Lord of Heaven, how can you govern/ the earth like a fool/ and let officials multiply/ more than laborers and taxpayers?" The heinous treatment of women is a recurrent theme—from a concubine mutilated and thrown into an outhouse pit ("Human Pig") to a gruesome account of foot binding ("A Young Girl's Lament"), in which it is observed how "the toes curl in like dead caterpillars./ Who would think they belong to a human being?" Cannibalism during drought or wartime is mentioned frequently—"Salvation" describes "human flesh/ served in restaurants under/ the name Two-Legged Lamb." Dealing with such charged material forces the poet to flatten his affect. If the writing occasionally borders on the banal, it seems consciously intended to reflect the banality of evil.