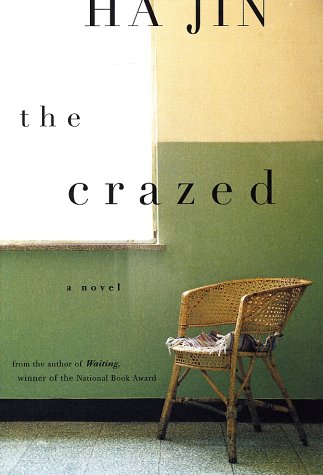 On the day after the Tiananmen Square massacre of 1989, Jian Wan, the narrator of Ha Jin's powerful new novel, comes upon two weeping students. "I'm going to write a novel to fix all the fascists on the page," says one of them. The other responds, "yes... we must nail them to the pillory of history." Ha's novel is written in the conviction that writers don't nail anyone to anything: at best, they escape nailing themselves. Jian is a graduate student in literature at provincial Shanning University. In the spring of 1989, his adviser, Professor Yang, suffers a stroke, and Jian listens as the bedridden Yang raves about his past. Yang's bitterness about his life under the yoke of the Communist Party infects Jian, who decides to withdraw from school. His fiancée—Professor Yang's daughter, Meimei—breaks off their engagement in disgust, but Jian is heartened by a trip into the countryside, after which he decides that he will devote himself to helping the province's impoverished peasants. His plan is to become a provincial official, but the Machiavellian maneuverings of the Party secretary of the literature department—a sort of petty Madame Mao—cheat him of this dream, sending him off on a hapless trip to Beijing and Tiananmen Square. Despite this final quixotic adventure, Ha's story is permeated by a grief that won't be eased or transmuted by heroic images of resistance. Jian settles for shrewd, small rebellions, to prevent himself from becoming "just a piece of meat on a chopping board." Like Gao Xingjian, Ha continues to refine his understanding of politics as an unmitigated curse.