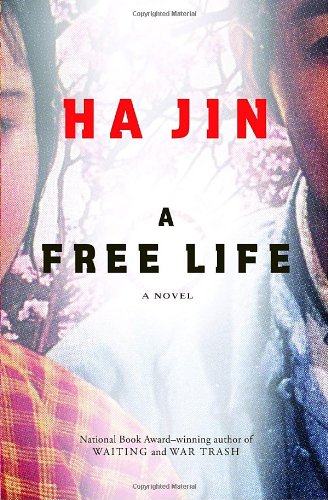 Ha Jin, who emigrated from China in the aftermath of Tiananmen Square, had only been writing in English for 12 years when he won the National Book Award for in 1999. His latest novel sheds light on an émigré writer’s woodshedding period. It follows the fortunes of Nan Wu, who drops out of a U.S. grad school after the repression of the democracy movement in China, hoping to find his voice as a poet while supporting his wife, Pingping, and son, Taotao. After several years of spartan living, Nan and Pingping save enough to buy a Chinese restaurant in suburban Atlanta, setting up double tensions: between Nan’s literary hopes and his career, and between Nan and Pingping, who, at the novel’s opening, are staying together for the sake of their young boy. While Pingping grows more independent, Nan—amid the dulling minutiae of running a restaurant and worries about mortgage payments, insurance and schooling—slowly snuffs the torch he carries for his first love. That Nan at one point reads isn’t coincidental: while Ha Jin’s novel lacks ’s epic grandeur, his biggest feat may be making the reader wonder whether the trivialities of American life are not, in some ways, as strange and barbaric as the upheavals of revolution.