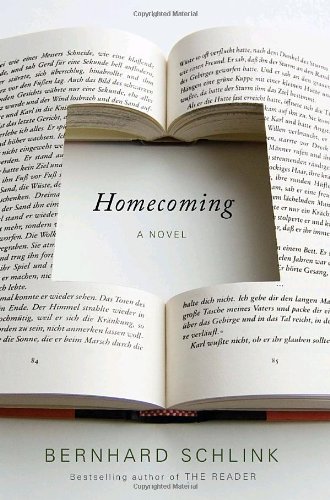 Schlink’s first novel, (1997), became a U.S. bestseller after it was an Oprah pick. That book, and his next, a short story collection, raised moral questions about Germany right after WWII; his latest, following two crime novels, takes up that line of inquiry and may be his most powerful and disquieting. The title refers to a pulp novel discovered in fragments by the narrator, Peter Debauer, and to Debauer’s quest to find the book’s pseudonymous author, who seems to have an uncanny knowledge of the conditions and landmarks of Debauer’s own youth in postwar Germany. This mysterious work, with similarities to , offers tantalizing clues to a deeper mystery, that of the identity of Debauer’s father, reported dead after the war. Debauer’s youth, failed career and love life play out against authoritatively detailed scenes of Nazi degeneracy, the fall of the Berlin Wall and the stark differences between East and West Germany. As in his previous works, Schlink’s protagonist is a flawed character who elicits the reader’s understanding but not affection—until the poignant denouement.