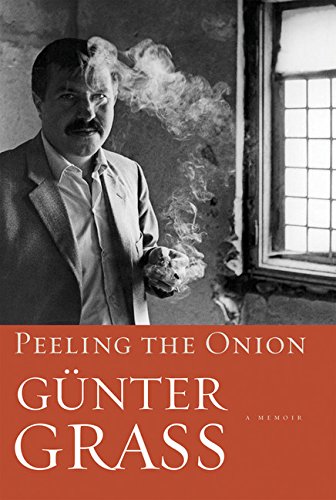 he German edition of this memoir by Nobel Prize–winning novelist Grass caused a stir with its revelations about the author's youthful service in the Waffen SS combat unit during the last months of WWII. According to his deliberately disjointed, impressionistic account of the war, Grass never fired a shot and spent his time fleeing both the Russians and German military police hunting for deserters, but he dutifully shoulders a “joint responsibility” for Nazi war crimes and a guilt and shame that “gnaw, gnaw, ceaselessly.” With less to repudiate in his postwar life as a budding sculptor and poet up to his 1959 breakthrough with he grows more engaged in his story as he recounts love affairs, bohemian idylls (he once played in an impromptu jazz quartet with Louis Armstrong) and his attempts to sift emotional wreckage from the past. Along the way, Grass notes people and events that he reworked into fictional characters and plots, and does quirky profiles of influential figures, including his penis and typewriter. In this otherwise very novelistic memoir, there's not much of a narrative arc, beyond the satisfaction of the author's perpetual “hungers” for food, sex and art, but Grass's powerfully evocative memories are spellbinding.