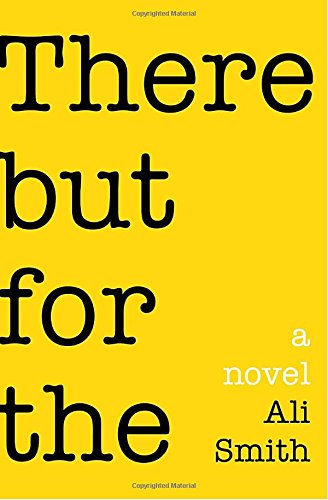 There but for the

This startling lark from Smith (The Accidental) is so much more than the sum of its parts. Both breezy and devastating, the novel radiates from a whimsical center: Miles Garth, a dinner party guest, decides to leave the world behind and lock himself in his hostess's spare room, refusing to come out and communicating only by note. Four charmers with only tenuous links to Miles, nicknamed Milo by the growing crowd camped outside the suburban Greenwich, London house, narrate the proceedings: Anna, a girl who knew Miles briefly in the past; Mark, a melancholy gay man who Miles met watching Shakespeare at the Old Vic; May Young, an elderly woman who Miles helped grieve her daughter's death; and the wonderful, "preternaturally articulate" Brooke, arguably the cleverest 10-year-old in contemporary literature. Together they create a portrait not so much of Miles%E2%80%94because none of them really knows him%E2%80%94but of the zeitgeist of their society. In a lovely departure, and in spite of the fact that there is not one ordinary, carefree character in this whole tale, all parents are literate, loving, and tolerant: though Mark is exhausted and sad, his famous mum speaks to him, in verse no less, from beyond the grave; though May is trapped by dementia, she was a kind mother to her ill-fated daughter; and though Brooke is clearly plagued by attention deficit disorder and is misunderstood and disliked at school, her parents love her dearly. This fine, unusual novel is sweet and melancholy, indulgent of language and of the fragile oddballs who so relish in it. (Sept.)
close
Details