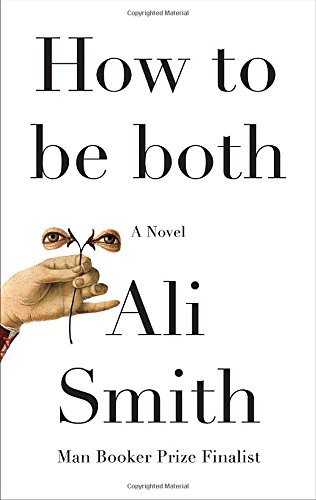 How to be Both

British author Smith (There but for The), a playful, highly imaginative literary iconoclast, surpasses her previous efforts in this inventive double novel that deals with gender issues, moral questions, the mystery of death, the value of art, the mutability of time, and several other important topics. Two books coexist under the same title, each presenting largely the same material arranged differently and with different emphases; which narrative one reads first depends on chance, as different copies of the book have been printed with different opening chapters. In one version, the androgynous adolescent character George (for Georgia) is mourning the sudden death of her mother following a family trip to Italy, where they viewed a painting by the obscure Renaissance artist Francesco del Cossa. The alternate volume begins with Francesco, recounting stories of the painter’s youth and the ongoing creation of a fresco in a palazzo in Ferrara, a process described in vibrant detail. Francesco’s secret is disclosed in both sections—teasingly in one, overtly in the other. The narratives are captivating, challenging, and often puzzling, as the prose varies among contemporary vernacular English, archaic 15th-century rhetoric interposed with fragments of poetry, and unpunctuated stream-of-consciousness narration. Clever puns and word games abound. George’s mother accurately identifies the subtext when she says, “Art makes nothing happen in a way that makes something happen.” Smith’s two-in-one novel is a provocative reevaluation of the form. (Dec.)
close
Details