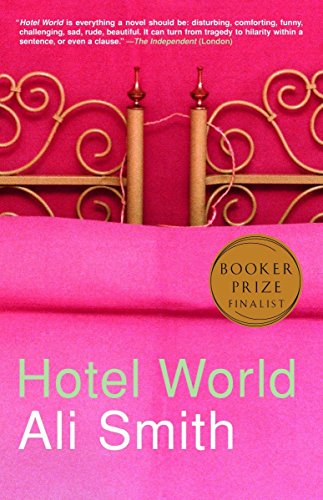 When it was published in the U.K. earlier this year, the latest offering from Scottish writer Smith () was made an Orange Prize finalist and shortlisted for the prestigious Booker Prize. Featured are five women whose lives (and a death) overlap at the Global Hotel, a generic establishment in an unnamed city in England. The novel begins with Sara, a chambermaid who plummeted to her death in one of the hotel's dumbwaiters, as her ghost tries to recollect what it was like to be alive. Else, a homeless woman who sits on the concrete in front of the hotel, is invited by Lise, the receptionist, to stay for a free night. Penny, a freelance travel journalist thrown into the mix, looks for ways to curb her boredom and unwittingly helps Sara's sister, Clare, in her search for Sara's spirit. Smith expertly fuses humor and pathos throughout the novel. When Sara's ghost visits her corpse in the grave, it's none too happy to see her; when it won't answer her questions, she harasses it by singing songs from West End musicals. And when the disgruntled Lise lets Else into the hotel, she contemplates throwing in a free breakfast, as an extra snub to her employers. Smith's narrative style varies with each character and is generally exciting and quite successful, although some readers will find the acrobatics tiring. The connections she makes between the characters—across class lines and even across the line between life and death—are driven home in a beautifully lyrical coda.