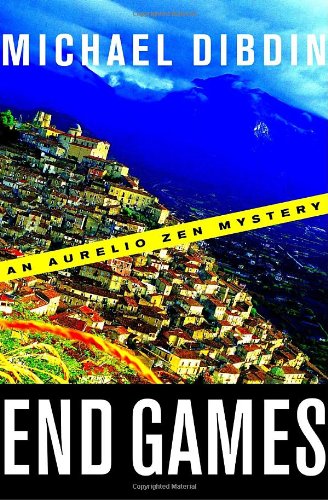 The wry 11th and final Insp. Aurelio Zen mystery (after 2006's ) will leave the series' many fans in renewed mourning for Gold Dagger–winner Dibdin (1947-2007). When the corpse of American attorney Peter Newman is discovered in Calabria after an apparent botched kidnapping, Zen finds himself probing the rumor that Newman was not only born in Italy but heir to a family of southern Italian landowners. The detective must sort out other possible motives for the crime, including the dead man's work for an eccentric Hollywood producer hoping to outdo Mel Gibson with a film based on the Book of Revelations. The writing occasionally soars (“There is a unique flavor of melancholy to remote railway stations during the long intervals between the arrival and departure of trains”), and Zen's apt observations of his country's foibles and the unromantic portrayal of Calabria help to balance the sometimes brutal plot. This quirky series will be missed.