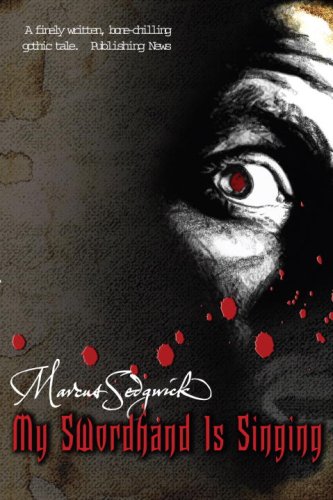 Sedgwick’s ( ) grim, atmospheric tale, set in 17th-century Europe, brings fresh blood to the vampire mythos without once using the word “vampire.” Peter and his father, Tomas, are woodcutters who travel from town to town, Tomas seemingly on the run from something. Tomas carries a wooden box, which Peter is forbidden to examine, but when word circulates through the village that sheep and cattle are being attacked and a dead man has come out of his grave, secrets from both the box and Tomas’s past are revealed. The father/son dynamic is particularly well-wrought, with Tomas a violent drunk who is nonetheless a decent man, and Peter an introspective and bold youth whose budding relationship with a gypsy tempers the doom encroaching upon the village. As with the best vampire/zombie fiction, there is a note of sympathy for the creatures who, after all, never chose this “life.” Several scenes have the visceral, visual impact of cinema, such as a “Wedding of the Dead,” in which a young girl weds a man who has been murdered, and the villagers’ painting tar on their windows to ward off evil (“Somewhere among the trees the path that led directly to God had gone astray. It had got lost among the folktales and superstitions and the hushed talk of the fireside”). Sedgwick knows his way around a gothic setting, and readers will likely devour this bone-chiller. Ages 12-up.