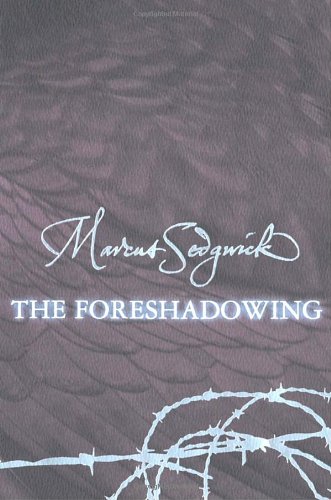 Sedgwick's ( ) powerful and haunting WWI story probes ideas of death and healing, fate and free will. Alexandra (Sasha) has the gift, or curse, of foreseeing a person's death. "I was five when I first saw the future," the book begins, as Sasha describes knowing that her friend Clare would soon die. Her next vision comes when she turns 17, and then they occur frequently. She tries talking to her parents about her gift, but it makes them uncomfortable, and they dismiss it. WW I rages in France, and Sasha volunteers as a nurse; she foresees the death of several hospitalized soldiers. Then she dreams her eldest brother Edgar will die in the war; while touching a postcard he sent, she hears his voice say, "I must go now. I am dead." Some time later, Sasha experiences a vivid dream where she sees her beloved brother Tom, also a soldier, being shot. Sasha secretly travels to France hoping to prevent Tom's death. Threre she meets Hoodoo Jack, who can also foresee the future, and who helps her try and save Tom, even as he tries to convince Sasha that her vision will prevail. Readers will be immediately drawn in to Sasha's intimate retelling of her horrific experiences as she recounts her tale from her first vision to her last. Ages 10-up.