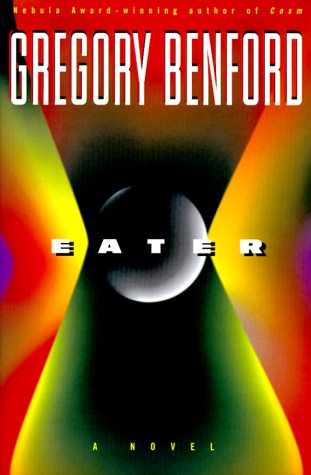 Benford (The Martian Race), a physics professor at UC-Irvine and a Nebula winner for his novel Timescape, is one of the leading exponents of hard SF--which, no matter how fantastic it might seem, never violates established scientific laws. His newest novel takes one of the oldest SF plots--first contact--and spruces it up with great success using the latest developments in astronomy and, in particular, new information on black holes. In the early 21st century, astronomers observe what appears to be a distant gamma-ray burster, a black hole swallowing another star many light years away. The data is troubling because a second burster occurs only 13 h ours later, which, given the immense distance between stars, should be impossible. Eventually, the astronomers realize that the black hole, rather than being incredibly distant, is on the edge of our solar system, and moving our way at considerable speed. Stranger still, it appears to be under intelligent guidance, or, perhaps, to be intelligent itself. One of Benford's specialties is presenting science the way it's really done, and this is clearly the case here. His three astronomer-protagonists--Benjamin Knowlton; his cancer-stricken wife, Channing; and the British Astronomer Royal, Kingsley Dart, whom Benford has partly based on Freeman Dyson--are nicely drawn and highly believable. His alien is, well, incredibly alien and endlessly fascinating. Less successful are Benford's government officials, who can come across as caricatures--but this is a minor fault. Full of astronomical pyrotechnics and the kind of intellectual verbal fencing that seems to go along with creative scientific thinking, Benford's latest should delight any serious reader of SF. Agent, Ralph Vicinanza. (May)
close
Details