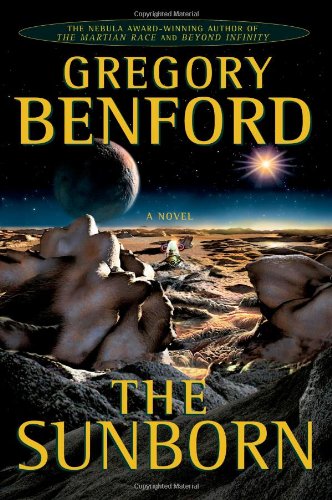 In this unexceptional and somewhat slow-moving follow-up to (1999), Benford sends Julia and Viktor, the first astronauts to land on Mars, off to Pluto to investigate a number of strange phenomena. The solar system's coldest, most distant planet appears to be heating up and developing an atmosphere. Stranger still, another expedition has discovered life on Pluto, in an environment where it shouldn't exist. Benford has always been fascinated by the possibilities inherent in extraterrestrial life, and he takes advantage of his own scientific specialty, plasma physics, to create some extraordinary creatures. The competently constructed plot details the unraveling of a series of mysteries via the application of scientific method spiced with credible intuitive leaps. What fails to satisfy, however, are the characters. Julia seems too perfect, while her husband, Viktor, is little more than a nice guy with a funny accent. The second exploratory ship's captain, the daughter of the billionaire who financed Julia and Viktor's original Mars trip, comes across as a Paris Hilton with an advanced degree in biology. Her scenes with Julia, which involve stereotypical assumptions about how powerful women must interact, can be painful. Hard SF fans will find this an adequate read, but Benford has done far better work in the past.