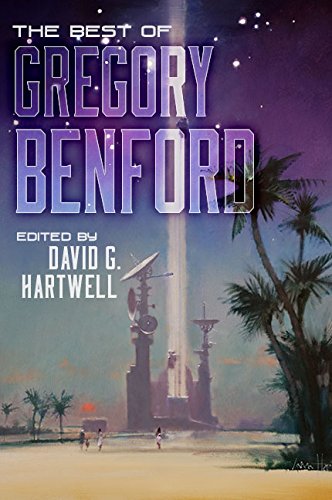 The Best of Gregory Benford

This uneven collection by the prolific Benford (the Galactic Center Saga novels), who’s best known for the hard-science underpinnings of his SF, draws from over four decades of work. Inevitably, a collection this broad will include some dated writing, but, paradoxically, some of the oldest pieces seem the freshest. Among the 1970s stories are “Doing Lennon,” in which a wannabe rock star freezes himself with the hope of emerging, thawed, as the famous Beatle, and “Time Shards,” in which cautionary advice is provided by a message left for posterity in a 13th-century clay pot. More recent stories are less imaginative. “A Life with a Semisent,” in which a young Iraqi girl grows close to the title character, seems derivative for 2005, as well as generally implausible. Benford is at his weakest when he ventures into politics. “Comes the Evolution,” peopled by characters named Lenin, Trotsky, Jefferson, and Washington, is a muddled and unfocused story of politics in the near future, and “Proselytes” heavy-handedly juxtaposes, in the form of alien races, harmlessly annoying door-to-door missionaries and the murderous coercion of historical Islam. Encouragingly, the most recent story included, “Backscatter,” with its capitalist spin on human-AI interaction, is a welcome indication that Benford has not quite lost his skill as a storyteller. (Aug.)
close
Details