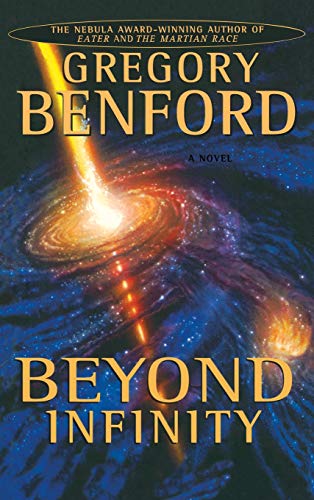 Expanded from his 1990 novella, "Beyond the Fall of Night," this dense, lively, far-future SF novel from Benford ( ) sweeps readers away in a taut adventure that examines humanity's role in steering the fate of the universe. Young Cley is an Original, a genetically pure example of the oldest species of humans on Earth. Though the genetically reengineered Supras regard her as limited in intelligence, Cley's precocious nature lands her a job helping to recover scientific and historical data from the immense caches called the Library of Life. When a vicious attack by transdimensional life forms leaves Cley the last Original alive, the Supras blame an extradimensional race known as the Malign. Cley knows, though, the Supras aren't telling her the whole story. Aided by the raccoon-like alien Seeker-After-Patterns, which seems to have a parallel agenda all its own, Cley flees Supra captivity and Earth. Her journey quickly takes on an Alice-in-Wonderland quality, as she and Seeker traverse bewildering multidimensional spaces and encounter the immense Leviathan, a living ship that roams the solar system. Cley won't be safe until she solves the secret of the Malign—a secret whose truth lies far back in the past, when the human race first set out to explore the galaxy. With its thoughtful extrapolation and mind-bending physics, this book reinforces Benford's position as one of today's foremost writers of hard SF.