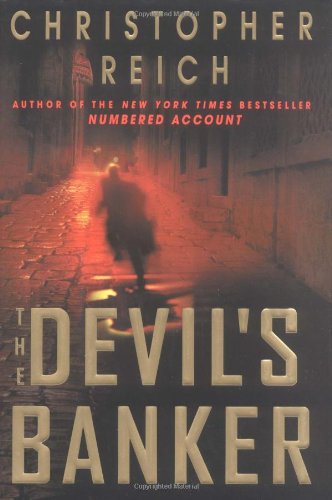 Reich (; ; ) returns to the stratospheric heights of international finance in this complicated novel of terrorist intrigue. Mild-mannered forensic accountant Adam Chapel revels in his first field mission, as he follows the tangled trail of a terrorist money transfer. Just as he's set to make an arrest, the suspect detonates a bomb that kills four of Chapel's fellow investigators. Injured in the blast but undeterred, Chapel teams up with Sarah Churchill, a beautiful spy of uncertain affiliation, to hunt down the bomber's secret organization. The shadowy association called the Hijira is funded in part by the elusive genius financier Marc Gabriel, who is engaged in funneling vast sums of money through legitimate and clandestine financial markets to fund Hijira's master plan to destroy the very heart of the American political establishment. Reich's numerous characters can be difficult to keep straight, as can the acronymic organizations they belong to, leading to sentences on the order of: "Run the name through the CBRS. Check for SARs and CTRs" and "OFAC called the White House. The White House called FTAT to confirm that OFAC's IEEPA request was legit...." Readers may scratch their heads in confusion as they wade through the alphabet soup, but those who persevere will receive an advanced education in the secret world of financial deviltry on the grandest of scales. Reich has a lot of fascinating financial lore to pass along, all of which goes down easily as the fast-paced plotting and relentless action speed the reader over the bumpy parts and into a satisfyingly gripping and informative read.