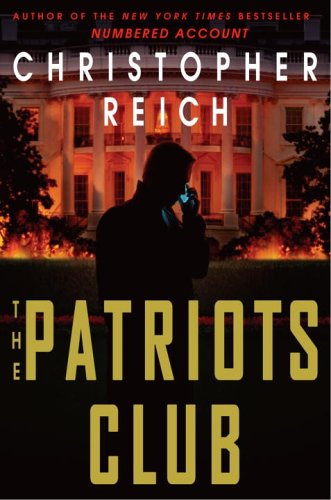 Thomas Bolden, successful 32-year-old investment banker and Harlem Boys Club Foundation trustee, has come a long way from his turbulent childhood on the mean streets of Chicago. But his street smarts surface at the start of Reich's action-packed but convoluted latest (after ), when Bolden chases a pair of muggers through Manhattan's financial district after they rob his girlfriend, Jenny Dance. They abduct him at gunpoint, but after a perplexing interrogation by members of a mysterious clan, a narrow escape reunites him with Jenny. Bolden already knows too much, though, and the organization of the novel's title—a centuries-old secretive order of powerful lawyers, businessmen and politicians convened to preserve political special interest initiatives that the country's founding fathers defended—soon systematically dismantle Bolden's life. He and a newly pregnant Jenny run for their lives, tracked at every turn by the well-connected "club," which is headed by retired detective Francois Guilfoyle. While they each investigate the clandestine group, a flurry of politically fueled machinations unfolds, setting the stage for the obligatory showdown. Reich's conspiracy thriller eventually loses the momentum needed to deliver on the tight suspense it promises.