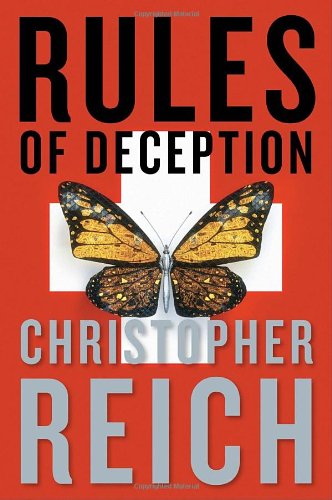 The un-put-downable sixth spy novel from bestseller Reich ( , which won an International Thrillers Award in 2006) shows he’s the equal of such masters of suspense as Ken Follett and Frederick Forsyth. The twisting story line revolves around Jonathan Ransom, a 37-year-old surgeon for Doctors Without Borders, whose wife is killed while mountain climbing in the Swiss Alps. As Ransom struggles to come to grips with this tragedy, he receives two mysterious baggage claim tickets addressed in her name. Ransom tracks the luggage to a remote train station, where two Swiss police officers attack him shortly after he picks up the baggage. Once safely away, he examines the contents only to realize that his wife was an undercover agent involved in “the blackest of black ops”—a plot that includes unmanned airborne vehicles, secret uranium enrichment facilities in Iran and the destruction of Israel. This first-class adrenaline fest will leave readers guessing until the last page.