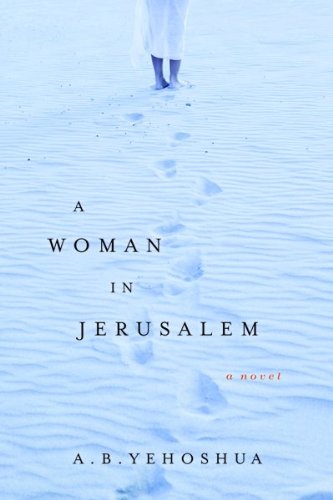 A Woman in Jerusalem

Israel's master novelist ( ) tells a spellbinding tale about a spellbinding woman whose luminous smile, swan's neck and Tatar eyes are so beguiling that even in death she can lead a man to fall in love with her. The woman is Yulia Ragayev, a Slavic immigrant to Israel who has been killed in a terrorist bombing and whose corpse lies unidentified in a morgue for a week. The man (who, like everyone in the novel except Yulia, remains nameless) is the human resources manager at the commercial bakery where Yulia worked as a cleaning woman. A muckraking article forces the bakery's owner to discover her identity and take action to restore her dignity. The owner orders the HR director to return Yulia's body to her son and mother in her native land for burial—a journey that turns into an opportunity for moral redemption for him after a series of stunning reversals. Throughout, Yulia remains a mystery: why did she come to, and cling to, Jerusalem when she wasn't Jewish? Questions of morality, dignity, identity, nationality and belonging are subtly explored in sometimes hallucinatory prose, fluently translated by Halkin. This short novel's layers reveal themselves only gradually and, once revealed, continue to compel and provoke.