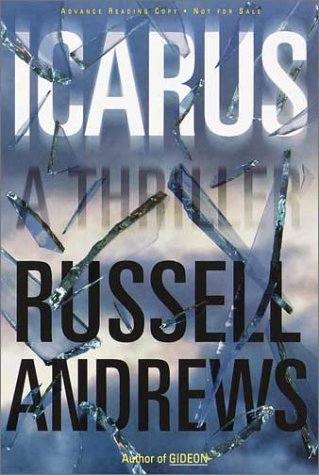 From ex-Villard publisher Peter Gethers and mystery writer David Handler, the pseudonymous duo who penned (1999), comes this overwritten yarn about a restaurateur It seems incredible that flaws such as meandering POV and lapses into journalistic (omniscient) expository asides could come from such well-versed professionals. However, readers who suffer through the sluggish first 100 pages will be rewarded to find that the novel eventually takes hold and moves briskly forward. Fatherless 10-year-old Jack Keller watches a madman hurl his mother out of a Manhattan skyscraper window and is saved from the same fate by his wannabe stepfather, a successful butcher who takes him in. At 20, Jack meets Caroline, a drop-dead gorgeous Virginia belle at Columbia University. They marry and open Jack's, a trendy New York City eatery. In four years, they own branches in Chicago, L.A., Miami and Paris. Unable to have children, they adopt Kid, a charismatic youth who, on his way to athletic fame at St. John's University, suddenly vanishes. To get on with her life, Caroline goes to hometown Charlottesville to open a restaurant. On opening day, she is brutally murdered by a masked man who also wounds Jack so badly he is left in a wheelchair. Soon the chimerical Kid shows up with a degree in physical therapy and gets Jack back on his feet. But Kid doesn't last long. When his leap from his penthouse is ruled suicide, Jack knows he must get to the bottom of the chain of deaths, no matter what the cost. Spoiled by an hors d'oeuvre tray of twists, a buffet of subplots and a glut of trivia, this chiller is plagued by the same flaws as the overstuffed (but bestselling)