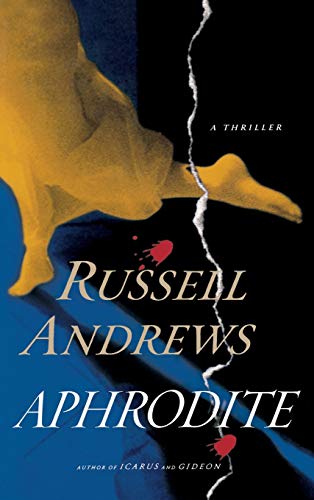 Robert Ludlum meets Dashiell Hammett in this gripping, wildly plotted thriller by the author of and . In the sleepy town of East End, New York, former homicide cop Justin Westwood is trying to escape the tragedy of his past by consuming scotch and writing traffic tickets for the local police department. The murder of a young reporter (disguised as an accident), however, catapults him out of his stasis and into a complicated investigation. A terrified witness tells of a blond killer, whom readers first met in the book's opening pages murdering another young woman. As Justin investigates, it seems that the police and the FBI are always one step ahead of him, and that folks with any connection to the case start turning up dead. Signs point to a sinister fountain-of-youth project run by a mysterious, all-powerful cabal, which the reporter had accidentally uncovered. If Westwood penetrates the secrets of the Aphrodite program, he's sure to be their next victim. A smalltown cop does battle with a great conspiracy: the plot may sound conventional, even hackneyed, but Andrews sustains white-hot tension throughout, bolstered by enough surprises and body blows to satisfy even a hardened mystery/conspiracy buff. The suspense flags slightly at midpoint, but elsewhere the pace is fast, the dialogue sharp, the characters skillfully drawn and the familiar, heady whodunit action cleverly handled.