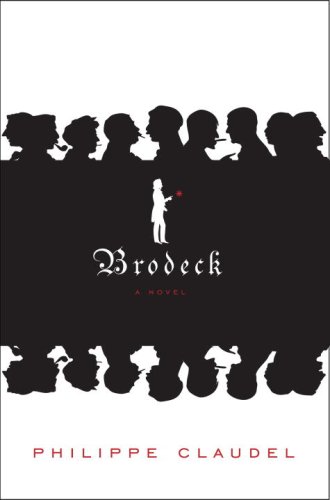 Coming across as the love child of Bela Tarr's film and Gabriel García Márquez's “A Very Old Man with Enormous Wings,” this disconcerting and darkly atmospheric novel, set in an unnamed European town secluded high in the mountains, deals with the effects of collective guilt by examining the dark secrets of its residents as they recall the hardships of war and occupation. Following the end of an unspecified war that sounds very much like WWII, protagonist Brodeck, who survived the camps by literally becoming a guard's pet (Brodeck the Dog), is reunited with his wife and daughter. After the murder of a mystical drifter, Brodeck is made to write a narrative of the events for the authorities absolving the village's inhabitants of any blame. Though there are no innocents, by the end some characters make tentative footsteps toward reclaiming their humanity. Claudel's style is very visual and evocative (he also wrote and directed the film ), and this novel, like the brothers Grimm fables, is full of terror, horror, and beauty and wonder.