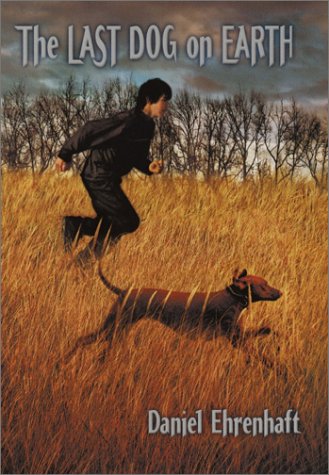 THE LAST DOG ON EARTH

This fast-paced thriller set in Oregon blends elements of science fiction and a Gary Paulsen–like survival story with a coming-of-age tale about a rebellious teenager and his dog. Logan, at 14, has not seen his father since he was seven. His stepfather, Robert ("the All-Knowing Dictator of Everything"), wants to send him to Blue Mountain Camp for Boys, a kind of boot camp run by an ex-marine, but opts for a dog instead, to teach Logan "the value of discipline and responsibility." Choosing Jack, a feral stray, rather than the purebred Robert prefers, gives Logan the upper hand—but not for long. The author makes clear that Logan is not a bad kid; his small acts of rebellion simply tend to escalate. For instance, when Logan takes Jack into a local deli, the deli owner's dog menaces the two and things reel out of control. So it's off to Blue Mountain for the teen. Meanwhile, a mysterious virus begins spreading from dogs to humans, its progress tracked in a series of increasingly ominous e-mail messages, newspaper clippings, faxes, etc., interspersed throughout the narrative. The story's third plot line involves a reclusive scientist, the only one who can create an antidote to the deadly disease—but he requires an immune dog. Ehrenhaft (the Techies series) keeps things moving at a rapid clip, with tension and violence mounting incrementally as the story lines converge. If the bittersweet ending stretches credibility, this is still a smartly written, thoroughly engrossing tale. Ages 9-12.