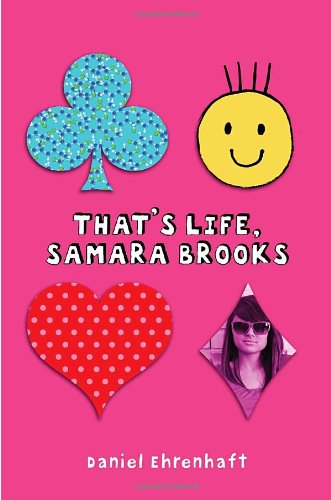 This funny, inventive book stars 13-year-old Samara Brooks, who was adopted at birth and sometimes questions her identity: “If I wasn’t Mom and Dad’s biological daughter, then I wasn’t really... the Samara Brooks I’d thought I was.” Encouraged by her parents to make an effort to fit in, Samara starts a gambling ring in the middle-school cafeteria. Determined to prove she’s not a bad person when she’s discovered, Samara proposes an experiment to prove that her DNA is not so different than that of good girl Lily. But when photo negatives of Samara’s DNA are stolen, the authorities think Samara is the thief, and she, Lily, and science geek Nathan set out to find the person responsible. Ehrenhaft ( ) delves into major themes of science, religion, and destiny, but his tone is light and never preachy. Lily and Nathan occasionally take over the story’s narration, which rounds out their characters, though Samara’s voice remains most prominent. She ends up fitting in—though not how she or her parents anticipated—and readers will likely be heartened by her growth, discoveries, and newfound friendships. Ages 10–up.