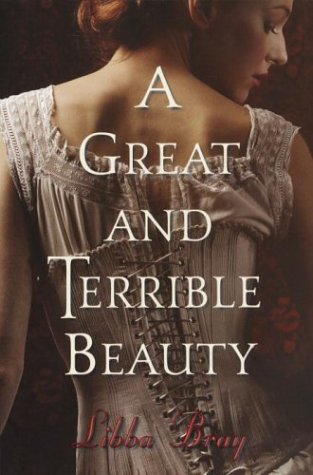 A GREAT AND TERRIBLE BEAUTY

In the opening scene of Bray's riveting debut novel set in Victorian times, narrator Gemma Doyle walks the streets of Bombay, India, with her mother on her 16th birthday. By the end of the second chapter, her mother, who has told Gemma to return home, is dead, and Gemma has envisioned just how it happened, involving a "dark shape" that makes a "slithering sound." Next, readers find her on a train bound for Victoria Station, en route to Britain's Spence Academy. Gemma's visions intensify while at school, where she is led to a nearby cave and discovers a diary of a woman who had similar experiences. She soon learns of an age-old Order of sorceresses who can open doors between worlds—and of a tragedy two decades prior that is beginning to cast its shadow over her. Meanwhile, the girls of Spence are preparing for their "season," when they will be trotted out before wealthy bachelors in hopes of securing a good marriage. Bray brilliantly depicts a caste system, in which girls are taught to abandon individuality in favor of their man's wishes, as a deeper and darker horror than most things that go bump in the night. While aimed at female readers, it will be just as delectable to boys brave enough to be seen carrying a book sporting a corset-clad girl on the cover. The pace is swift, the finale gripping. A delicious, elegant gothic. Ages 12-up.