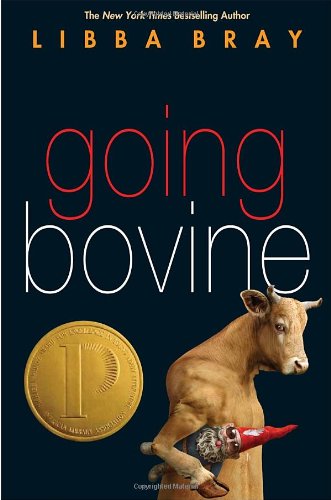 Cameron Smith, 16, is slumming through high school, overshadowed by a sister “pre-majoring in perfection,” while working (ineptly) at the Buddha Burger. Then something happens to make him the focus of his family's attention: he contracts mad cow disease. What takes place after he is hospitalized is either that a gorgeous angel persuades him to search for a cure that will also save the world, or that he has a vivid hallucination brought on by the disease. Either way, what readers have is an absurdist comedy in which Cameron, Gonzo (a neurotic dwarf) and Balder (a Norse god cursed to appear as a yard gnome) go on a quixotic road trip during which they learn about string theory, wormholes and true love en route to Disney World. Bray's surreal humor may surprise fans of her historical fantasies about Gemma Doyle, as she trains her satirical eye on modern education, American materialism and religious cults (the smoothie-drinking members of the Church of Everlasting Satisfaction and Snack 'N' Bowl). Offer this to fans of Douglas Adams's seeking more inspired lunacy. Ages 14–up.