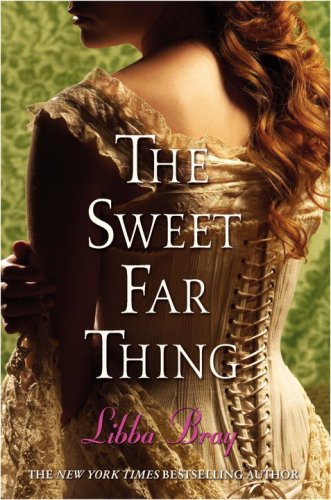 The concluding volume in the trilogy begun in is a huge work of massive ambition, an undertaking that involves the plaiting and tying off a dozen plot threads—impending war in the realms and heroine Gemma Doyle’s control of its magic being the central thread but, perhaps, not the most interesting. In chronicling Gemma’s first year at Spence Academy, Bray has, over three books, widened her canvas from finishing school to fin-de-siècle London, weaving in the defining movements of the era—labor strikes over factory conditions, suffrage, the “radical” Impressionists just across the Channel, even fashion trends like bloomers for women daring enough to ride bicycles. Gemma is both buffeted and bolstered by her exposure to these developments, and readers experience how they shape her burgeoning understanding of who she is and who she may become. Some of Gemma’s struggle is about power. As exalted as she is within the realms for her role as High Priestess of the secret society, her “otherness” marks her as unsuitable for proper Victorian circles. Gemma chafes not only at the physical constraints of a corset but at the myriad restrictions placed on women. Her quest is to break free, but at what cost? Bray poses these vital questions without sacrificing the gothic undertones of the previous volumes—the body count is high, and the deaths, gruesome. That creepiness is balanced by the fully realized company of players, including the insufferable headmistress, Mrs. Nightwing, the acid-tongued Felicity Worthington, hunky heartthrob Kartik and, of course, Gemma herself, a heroine readily embraced. Ages 14-up.