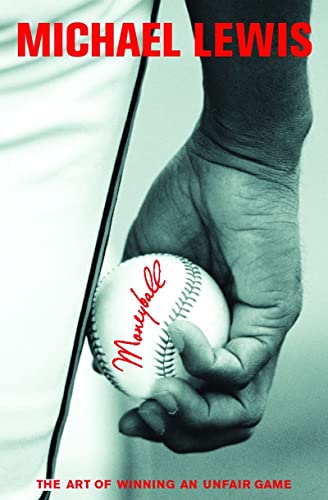 MONEYBALL: The Art of Winning an Unfair Game

Lewis (; ) examines how in 2002 the Oakland Athletics achieved a spectacular winning record while having the smallest player payroll of any major league baseball team. Given the heavily publicized salaries of players for teams like the Boston Red Sox or New York Yankees, baseball insiders and fans assume that the biggest talents deserve and get the biggest salaries. However, argues Lewis, little-known numbers and statistics matter more. Lewis discusses Bill James and his annual stats newsletter, , along with other mathematical analysis of the game. Surprisingly, though, most managers have not paid attention to this research, except for Billy Beane, general manager of the A's and a former player; according to Lewis, "[B]y the beginning of the 2002 season, the Oakland A's, by winning so much with so little, had become something of an embarrassment to Bud Selig and, by extension, Major League Baseball." The team's success is actually a shrewd combination of luck, careful player choices and Beane's first-rate negotiating skills. Beane knows which players are likely to be traded by other teams, and he manages to involve himself even when the trade is unconnected to the A's.

" 'Trawling' is what he called this activity," writes Lewis. "His constant chatter was a way of keeping tabs on the body of information critical to his trading success." Lewis chronicles Beane's life, focusing on his uncanny ability to find and sign the right players. His descriptive writing allows Beane and the others in the lively cast of baseball characters to come alive.