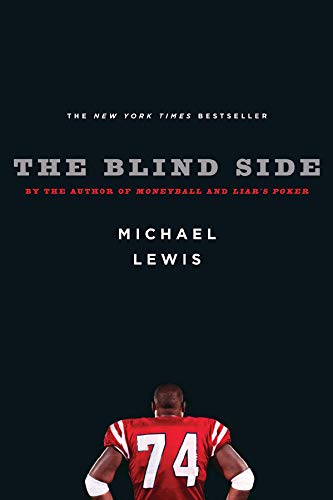 The Blindside: Evolution of a Game

As he did so memorably for baseball in , Lewis takes a statistical X-ray of the hidden substructure of football, outlining the invisible doings of unsung players that determine the outcome more than the showy exploits of point scorers. In his sketch of the gridiron arms race, first came the modern, meticulously choreographed passing offense, then the ferocious defensive pass rusher whose bone-crunching quarterback sacks demolished the best-laid passing game, and finally the rise of the left tackle—the offensive lineman tasked with protecting the quarterback from the pass rusher—whose presence is felt only through the game-deciding absence of said sacks. A rare creature combining 300 pounds of bulk with "the body control of a ballerina," the anonymous left tackle, Lewis notes, is now often a team's highest-paid player. Lewis fleshes this out with the colorful saga of left tackle prodigy Michael Oher. An intermittently homeless Memphis ghetto kid taken in by a rich white family and a Christian high school, Oher's preternatural size and agility soon has every college coach in the country courting him obsequiously. Combining a tour de force of sports analysis with a piquant ethnography of the South's pigskin mania, Lewis probes the fascinating question of whether football is a matter of brute force or subtle intellect. Photos.