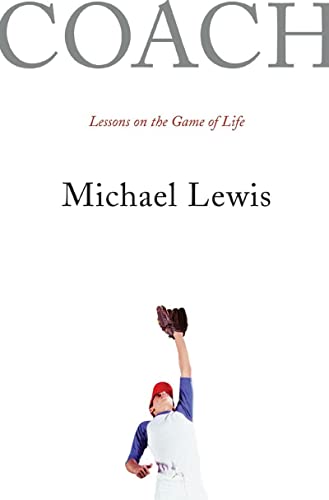 COACH: Lessons on the Game of Life

Lewis ( ; ) remembers his high school baseball coach, Coach Fitz, a man so intense a room felt "more pressurized simply because he was in it." At the New Orleans private school Lewis attended in the late 1970s, Coach Fitz taught kids to fight "the natural instinct to run away from adversity" and to battle their way through all the easy excuses life offers for giving up. He was strict, but he made such an impression on his students that now, 25 years later, alumni want to name a new gym after him. But the parents of today's students aren't as wowed by Coach Fitz's tough love. They call the headmaster with complaints, saying Coach Fitz is too mean to their children and insisting on sitting on his shoulder as he attempts to coach. A desire to set these new parents straight may be the underlying reason for Lewis's slight book, though he'd probably rather have readers believe he's just written it as a paean to a man who taught him some important life lessons. The book's corny subtitle, lack of heft and hackneyed images of kites flying and fireworks exploding may turn off some readers, but those who persevere will come away with a reminder that fear and failure are the "two greatest enemies of a well lived life."