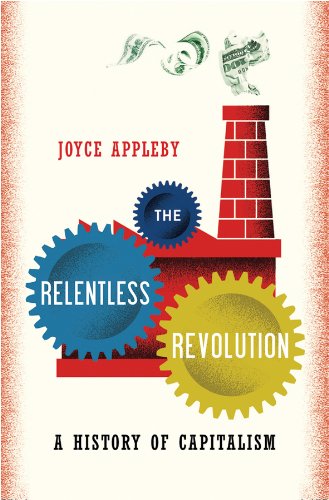 The Relentless Revolution: A History of Capitalism

Arguing that capitalism is a cultural—rather than purely economic—phenomenon, Appleby ( ) traces its trajectory through European, American, and Asian successes and setbacks, its unhappy experiments in colonization, the world wars, and into contemporary India and China. She narrates the rise of capitalism as a process of accretion, starting with Dutch agricultural innovations that were adopted and improved upon by the British. This set England on the path to controlling famine and, ultimately, freed capital and labor for trade. Appleby turns Marxism on its head as she proposes that the new social relations introduced in England as a result of converting common land into freeholds were the “consequence, not the cause, of the transformation in English farming.” If this sounds like breathless global time travel, it is still a laudable effort at demonstrating that there was nothing “inevitable” about the rise of capitalism. Both scholarly and accessible, this book unpacks a complex web of seemingly unrelated events; its dazzling achievements are tarnished only by multiple misnomers: there is no city called “Calico” in India (there's a Calicut) and no language called “Hindu” (it's Hindi).