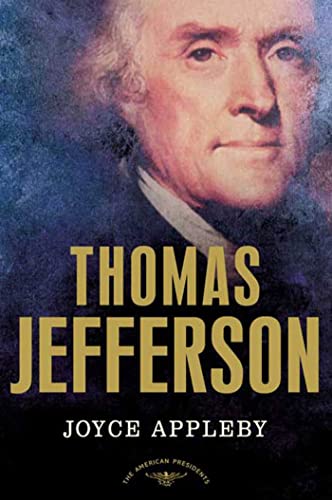 Thomas Jefferson, so multifaceted and long-lived, tries the skills of most who venture to write his biography, especially a short one like this. But UCLA historian Appleby () has succeeded in writing as good a brief study of this complex man as is imaginable. Another in a series on the American chief executives edited by Arthur M. Schlesinger Jr., her elegant book is a liberal's take on the complex, sphinxlike founder of American liberalism. Appleby convincingly argues that the third president's greatest legacies were limited government (breached, however, by the opportunism that characterized his own presidency) and the great expansion of democracy. If some of her criticisms of Jefferson seem more perfunctory than heartfelt, she fully explains the man's sorry record and tortured views on slavery and race. Providing along the way a short, up-to-date history of the early 19th-century nation, she also concisely surveys the day's great issues—voting, democracy, political parties, commerce, westering and religion. Yet such a balanced picture of Jefferson remains somehow unsatisfactory, no doubt because a man of so many contradictions slips away from every biographer, the tensions in the man mirroring those of his times. Appleby tries to toss a bouquet to the man who vanquished the Federalist Party and purchased the Louisiana Territory. She wants to convince us that Jefferson was "one of history's most intuitive politicians," but even in Appleby's capable hands, Jefferson remains the most unfathomable political figure in our history.