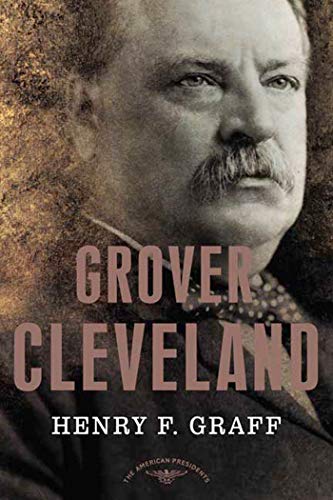 In this brief, excellent volume written for Arthur Schlesinger's American Presidents series, Columbia professor emeritus Graff () picks up the often neglected Grover Cleveland, dusts him off and reminds us how substantial he was. After serving as mayor of Buffalo and governor of New York, Cleveland (1837–1908) was the first Democrat to be elected president after the Civil War. He forced America's railroad titans to return 81,000,000 western acres previously granted by the federal government and regulated them with the Interstate Commerce Act. Although defeated in the electoral college by Benjamin Harrison in 1888, Cleveland won the popular vote, which set the stage for his return to the presidency in 1892 in the midst of nationwide depression. As usual, Cleveland acted decisively. He repealed the inflationary Sherman Silver Purchase Act and, with the aid of Wall Street, maintained the Treasury's gold reserve. When Chicago railroad strikers violated an injunction against further disruption, Cleveland dispatched federal troops. Cleveland's no-nonsense treatment of the strikers stirred many Americans, as did the way he forced Great Britain to accept arbitration of a disputed boundary in Venezuela. But many of Cleveland's hard-hitting policies during the depression proved unpopular in the long term; in 1896, his party nominated William Jennings Bryan for the presidency. In clean, matter-of-fact prose, Graff sums up the plainspoken Cleveland as a man of action and uncompromising integrity—a man who, though publicly identified as the father of a bastard child, nevertheless restored dignity to the office of the president in the wake of several weak administrations.