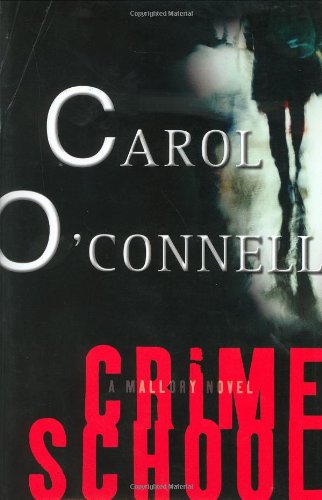 In this seventh gripping entry in O'Connell's popular Mallory series, Special Crimes investigator Kathy Mallory again prowls the mean streets of New York, digging deeper into her past even as she and her cohorts ferret out a grisly serial killer. Each novel in the series reveals a little more about the utterly improbable and compellingly mythic life story of its protagonist, a tough cop and computer ace raised by hookers on the streets of New York. In this installment, Mallory's particular mentor, the prostitute Sparrow, is found partially scalped, hanging in a room decorated with jars of dead flies—an M.O. that recalls a murderer from decades ago. The grim murder plot is offset by a cast of cartoony characters, ranging from series regular Charles Butler, Mallory's gentle giant best friend, to the rookie yellow-haired detective Ronald Deluthe, aka Duck Boy. O'Connell illuminates these oddballs with her lightly whimsical prose: "When Charles closed his tired eyes, he saw a tiny thief who ran with whores and lived by guile, surviving on animal instinct to get through the night—an altogether admirable child." The side puzzle, a bibliomystery involving a series of pulp Westerns that obsessed Mallory as a girl, almost steals the show when it is solved. This novel is gritty, streetwise, funny—and sure to bring in more fans for the still-enigmatic Mallory.