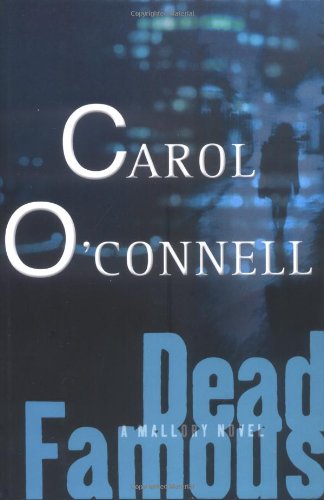 O'Connell's post-feminist detective Kathleen Mallory returns full-throttle for an eighth grisly urban crime saga. And O'Connell's prose—sharp, gritty and streetwise—is in top form. In her previous case (2002's ), Mallory solved a very personal murder and faced the doubts of coworkers about her competence. Now she's in total control, overseeing the recuperation of old friend and partner Riker, victim of an arrest-related shooting (she sets up a bogus fund to send him disability payments) and staying two steps ahead of a belligerent FBI agent named Marvin Argus. Two other vivid characters figure prominently in the story (or three, counting New York City itself, which O'Connell gives a palpable neo-noir grit): Argus is hounding Johanna Apollo, who's fled Chicago in the wake of a high-profile murder of another FBI agent named Timothy Kidd. A hunchback with extra-long legs, porcelain skin and raven hair, Johanna is working long, difficult hours as a crime scene cleaner. In Chicago, she was Kidd's therapist, and maybe his lover... and maybe she killed him, too. O'Connell devilishly fills in the pieces of the puzzle so that the reader's perspective undergoes constant shifts. Shock jock Ian Zachary—more abrasive off the air than on, if possible—exhorts loyal listeners to locate the members of a jury that let a killer walk free. And with his encouragement (if not instruction), a serial killer calling himself The Reaper has been obligingly knocking off the jurors. The way these two cases fit together is ingenious; once again, O'Connell sets the standard in crime fiction.