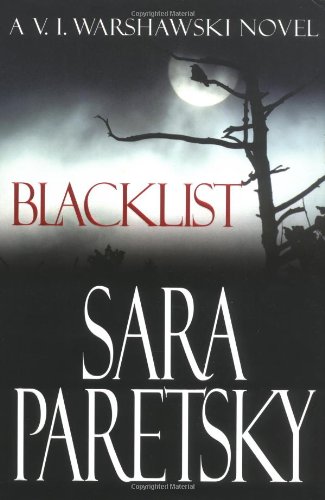 Chicago private eye V.I. ("Vic") Warshawski needs all her strength and ingenuity to deal with the tragic effects of discrimination past and present in this riveting exploration of guilt and fear, the 12th installment in Paretsky's stellar series. Longtime client Darraugh Graham asks Vic to investigate his mother Geraldine's suspicion that trespassers are living in the empty mansion her father built in the suburban Chicago enclave where she has spent most of her life. Vic literally tumbles into trouble when, upon falling into a pond on the property, she comes up clutching the hand of a dead man. He is identified as Marcus Whitby, a young African-American journalist who was writing about members of the 1930s Federal Negro Theater Project—especially a beautiful Negro dancer—once championed by local liberals and blacklisted during the Communist witch hunt. Hired by Marcus's sister to look into his death, Vic spans cultures and generations in her investigation. Is Benji, the young Arab student sheltered in the mansion's attic by 16-year-old Catherine Bayard (whose politically daring publisher grandfather Calvin was once Vic's hero), somehow connected? Whether or not he has terrorist ties, Benji is at risk, so after Vic finds him she persuades Father Lou, a tough but caring community activist, to hide him in spite of post-9/11 dictums. Digging deeper, Vic must face disturbing allegations about Calvin Bayard and the likelihood that her lover, Morrell, on assignment in Afghanistan, is in danger. Paretsky reminds us that although victims change, prejudice is still alive and all too well. With this top-notch offering, she earns another vote of confidence for V.I.