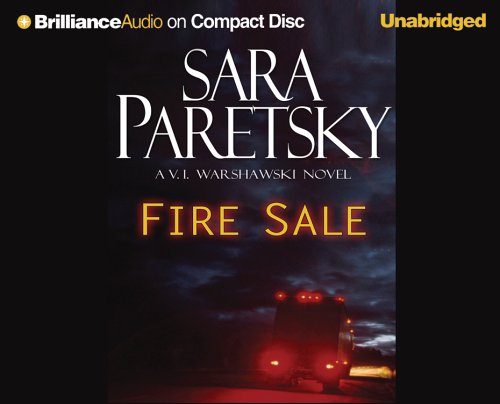 Nobody does physical danger and personal pain better than Paretsky, and in many ways the audio version of her 12th V.I. Warshawski mystery captures those qualities more effectively than the book. It helps considerably that Burr makes us believe almost instantly that she is the thorny Chicago private eye who has never really escaped her rough South Side roots even though she now usually works in more upscale neighborhoods. Burr catches all the vocal nuances—the tough and touching young female basketball players from V.I.'s old high school; the black cop ex-lover and the foreign correspondent seriously wounded in Afghanistan who has taken his place; and V.I.'s crotchety, well-meaning old neighbor. As Warshawski looks for a corporate sponsor for the basketball team she has agreed to coach, a flag factory explodes and its owner is killed, a young man from a giant discount store family disappears with one of the basketball players—and once again life for V.I. becomes extremely complicated, not to mention painful.